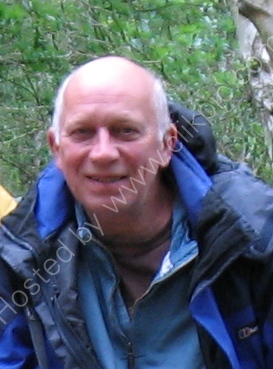 Ian Ridley is a self-taught professional artist living and working in Feckenham Worcestershire.
He enjoys landscapes, especially in autumn and winter when the trees have lost their leaves and is inspired by the work of Rowland Hilder in particular. He has had paintings selected for several years in the Royal Birmingham Society of Artist’s Prize Exhibition in June and has sold to collectors in Europe, Japan and the USA.
In 2011 he was invited to hold a month long solo exhibition at the Botanical Gardens in Birmingham which proved to be very successful and one of his paintings has been selected as Best in Show at the Quinton Arts festival in Birmingham in both 2011 and 2012 and again in 2015.
Examples of his work and details were chosen to be featured in the American ICA publication “International Contemporary Artists” and in 2012 his work has been featured in the national “the Artist” magazine.
He sells his work through two Worcestershire galleries, a Somerset gallery, his website and at exhibitions held regularly throughout the year. Some of his work is also on sale through two online galleries. (Details on his website)
In Feb 2013 he was elected to be a member of the prestigious Birmingham Watercolour Society and has been involved in the “apictureforhealth” charity in Worcestershire. Besides running an art group in his village he also regularly runs workshops for art societies and groups throughout the Midlands where he offers an exciting approach to atmospheric landscapes.
In September 2014 one of his paintings gained a runners up award in an international “Artist of the Year” competition sponsored and judged by Winsor and Newton. In March 2015 he was invited to exhibit for a month for a second time in acrylics at Malvern Theatre. Also this year one of his paintings was commended in the "Artist's" national competition in June and another one received 3rd prize in an international competition through Artist's Info sponsored and judged by Daler Rowney.
Next
Previous